At First UMC, all means all. We invite all to participate fully in the life of our church regardless of age, race, ethnic background, sexual orientation, gender identity, physical or mental condition, marital status, family situation, or economic standing.

In October 2010 an ad hoc group began meeting to discuss how First UMC could become more welcoming to Lesbian, Gay, Bisexual, and Transgender (LGBT) people.  The group was initially called the “Reconciling Exploration Team” because reconciling is the term used for inclusion of LGBT people in the United Methodist Church.  In January we changed our name to All Means All–LGBT Inclusion Team in order to clarify the purpose for our congregation—meaning that we would be the first of several teams to study how we as a church might be truly welcoming to all, including those, for example, with mental illness or those from different racial or economic groups. 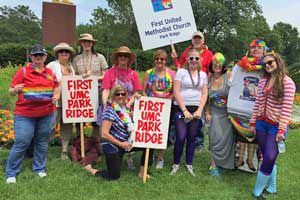 Since January 2011 the All Means All Team has provided a variety of educational opportunities for our congregation.   Several individuals spoke in support of All Means All during two Sundays in January 2011.  We showed the film, For The Bible Tells Me So, in February and offered an adult study class, Radical Hospitality: Rethinking Inclusion, in March & April.  Team members discussed the Reconciling Process at several UMW circle meetings.  Team members have continued to be willing to meet with individuals – to listen to individual concerns and answer questions.  We also held Monday evening classes during September 2011 led by Pastor Bob Campbell that coincided with a sermon series on inclusion designed by the pastors.

A straw poll was taken in October 2011 to invite the opinions of our membership for our reconciling initiative, and to propose a sample welcoming statement to supplement our existing church Mission Statement. Response to this poll was overwhelmingly favorable. In January 2012 a vote of the membership assembled was held, and it officially approved our new welcoming statement, and our joining the Reconciling Ministry Network.

In 2013 our church joined the Chicago Coalition of Welcoming Churches, a multi-denominational collaboration of churches and other ministries committed to the church welcome and affirmation of LGBT persons. Our members have marched annually with the other Chicagoland coalition churches in the Chicago Pride Parade.

At First UMC “Welcoming All” means that we see all persons as created in the image of God and bearing sacred worth and dignity. We invite all persons to participate fully in the life of our church regardless of age, race, ethnic background, sexual orientation, gender identity, physical or mental condition, marital status, family situation, or economic standing. Weddings are the ministry of FUMC-PR and its pastor is in charge of all weddings. In regard to the witness of inclusivity and welcome statement of the congregation, the polity of The United Methodist Church pertaining to marriage ceremonies, as well as state and federal laws, our pastor reserves the right to administer discretion when counseling and preparing any and all couples, heterosexual and same-gender, for the service of Christian marriage. Our pastor reserves the right of refusal to perform any service of Christian marriage. All are welcome and all are welcome to be married at First UMC of Park Ridge pending the approval of the pastor. 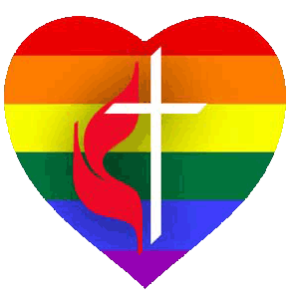 We are a Christian community spreading God’s love and welcoming all, offering spiritual growth and opportunities for compassionate service.

We see all persons as created in the image of God and bearing sacred worth and dignity. We invite all persons to participate fully in the life of our church regardless of their age, race, ethnic background, sexual orientation, gender identity, physical or mental condition, marital status, family situation, or economic standing. 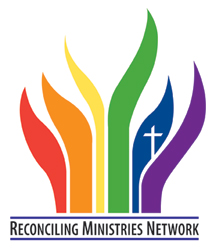